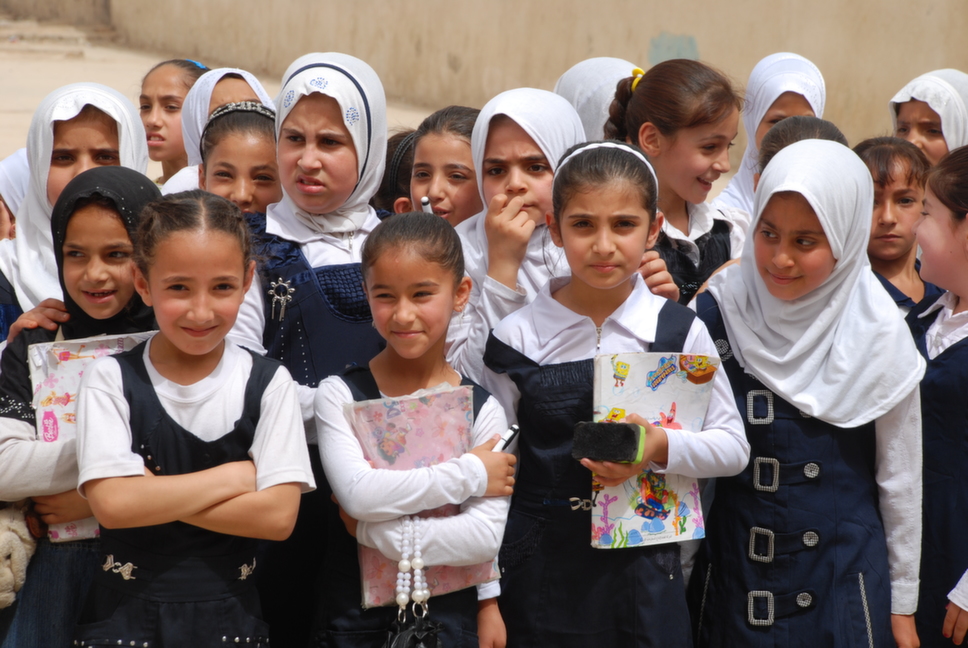 In order to paint a complete picture of Iraq’s human development and education, it is beneficial reflect on statistical research.  The 2013 Human Development Index, or HDI, ranks Iraq 131 of 186 nations rated based on education, poverty, inequality, health, and other quality of life indices. This shows a significant increase in rank since the last HDI report of 2011.  In terms of literacy, male youth (ages 15-24) have a 84.1% literary rate, while females of the same age group have a literary rate of 80.5%.

The educational system in Iraq today is based on the Provisional Constitution of 1970, which guarantees Iraqi citizens the right to an education. This includes primary (grades 1-6), secondary (divided in to Intermediate grades 7-9, and Preparatory grades 10-12), as well as post-secondary (vocational) and university. Iraqi education is managed by the Ministry of Higher Education.

In the 1970s, Iraq possessed a high literacy rate and strong infrastructure, with a 100% gross enrollment rate. Although the Iraqi educational system suffered substantially since the fall of the Saddam regime and the War Against Terror launched by Western forces in 2003, international non-profit organizations and local NGOs are taking significant steps to reinstate Iraq’s structure of education, particularly for primary students. In 2005, UNESCO hosted a conference in Paris, France, focusing on how to strengthen Iraq’s education system through both domestic and international forces. In attendance were NGOs, academics, representatives from Iraqi Higher Education, and diplomats. At this event, a priority on reconnecting Iraqi academics and researchers to the international academic network was strongly emphasized. The need for better teacher training, research, women’s leadership and employment, as well as engineering was also highlighted.

Highlight:  The University of Baghdad. As the second largest Arab university following the University of Cairo in Egypt, it maintains over 70,000 undergraduate and 10,000 graduate students. This public university has five major campuses, with strong medical and colleges of law.