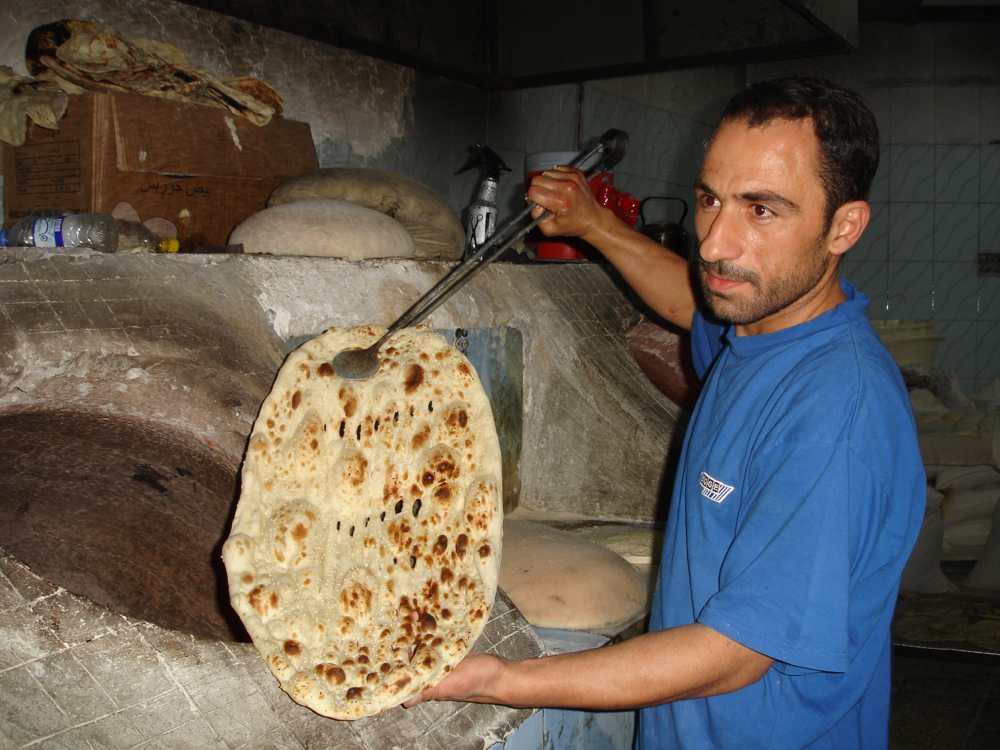 The most common foods in Iraq are:

1. Kebab, which is grilled meat on a stick.
2. Dolma, stuffed spiced rice wrapped in grape leaves
3. Biryani, cooked rice with spices and meat/ vegetables (Carrots) and/or beans and grilled nuts
4. Masgoulf (pronounced mezguuf), seasoned fresh carp skewered and cooked by barbecuing and grilling on an outside grill

Iraqi-s have a deep appreciation for their own cuisine. It is considered a very “rich” and refined cuisine, as expensive meat is eaten at nearly every meal. This meat can be sheep, lamb, chicken, beef, goat or fish. Iraqis view each part of the animal as healthy and nutritious, and make sure to cook all the organs, including the heart, kidneys and liver, brain, feet, eyes, and ears. The head, called pacha, of the sheep is considered to be a delicacy, very healthy and delicious in Iraq, and commonly eaten by men so they become strong. The only meat not commonly eaten in Iraq is pork, as it is forbidden for consumption by the Islamic religion.

Alcohol is also forbidden to Muslims–however, many young Muslims do partake. Most common drink in Iraq is tea, drunk traditionally five times per day, up to ten times per day. Iraqi men specifically love tea, and there are shops in Baghdad that serve tea. Coffee is also drunk, but much less. Water is served cold in the summer, but served tepid during the other months. Western soft drinks have become more common during the past decade. Iraqi-s don’t have access to natural or organic juices or alternatives yet. Health awareness is not common in Iraq yet, according to Western standards, at least.

Beans, rice, wheat, bulgur (a mix of wheat derivatives), and dates (commonly the first thing eaten during Ramadan, along with yogurt, soup and water) are common staple foods of Iraq.

Iraq has many local restaurants, but no restaurant chains. Only two restaurants have a location in both Erbil and Baghdad, Samad صمد and Sajurif صاج الريف. There are also international restaurants in the major cities. Italian and Turkish food is the most common international food preferred in Iraq. There is little Western influence in the food business, which is surprising considering the major American Fast Food brands known to most countries. There is no Starbucks, KFC, McDonald’s, Burger King etc. However, there is recently a Chili’s in Baghdad (go figure!).